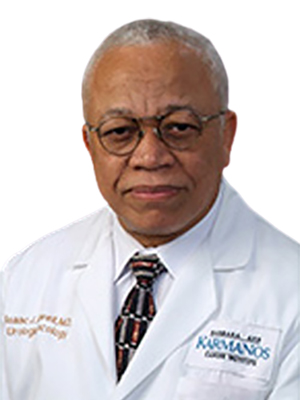 Dr. Isaac Powell practices urologic oncology with an interest in prostate cancer. His grant funded research interests are in the genetics of prostate cancer development and the influence of race on cancer behavior, particularly in African American men. Dr. Powell is a thought leader in prostate cancer and has published extensively on this disease process.

The focus of my research is on the many ways prostate cancer impacts African Americans in comparison to other ethnic groups. Currently my research is directed toward ethnic differences in the biology/genetics of prostate cancer. I was principle investigator of a nation-wide consortium of recruitment centers (medical centers) to recruit families to examine hereditary prostate cancer among African Americans. We recently reported our initial results of 4 or 5 regions in the genome where genes responsible for hereditary prostate cancer may be found. As a part of an International consortium genetics group, we are comparing our results with other centers around the world. In collaboration with others at our institutions and other institutions across the United States, we are examining the androgen gene variation. We are also studying environmental factors that impact on genes such as diet and inflammation in correlation to clinical outcome. I was recently funded to examine Metabolic Syndrome and Prostate Cancer. We recently completed a study using the DASL technique and found that 60% of the prostate cancer genes that are differentially expressed and associated with advanced disease are different among African American compared to European American men.

Awards and Other Professional Activities